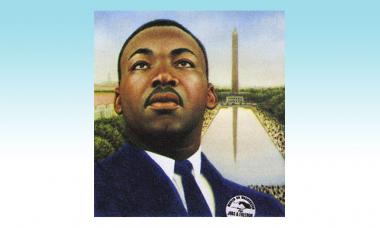 In 1967, in a speech at Atlanta’s Butler Street YMCA, Dr. Martin Luther King, Jr. encouraged the nation to continue fighting for equality.

Three years after the Civil Rights Act made segregation illegal nationwide, Dr. King warned that there was still work to be done in areas such as education; fifty-five years later, his words still ring true.

The new phase is a struggle for... genuine equality on all levels, and this will be a much more difficult struggle.

Now we are in a period where it will cost the nation billions of dollars to get rid of poverty, to get rid of slums, to make quality integrated education a reality.

As a result, parents and caregivers are forced to choose between work and caring for young ones; young children who miss out on effective learning and care are more likely to struggle academically and professionally; and systemic, generational poverty persists.

In the words of Dr. King, let’s be persistent.

“Now let us be sure that we will have to keep the pressure alive,” he said in 1967. “We’ve never made any gain in civil rights without constant, persistent, legal and non-violent pressure.”

To learn more about Edward Street and the fight for educational equality for all young children and families, follow us on Facebook and LinkedIn.