We’re on Our Way, Massachusetts! The Common Start Bill is One Step Closer to Approval | Edward Street
Skip to main content

We’re on Our Way, Massachusetts! The Common Start Bill is One Step Closer to Approval 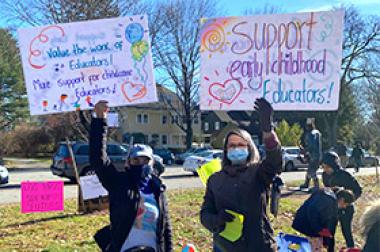 Their voices were passionate. The facts and figures were alarming. Their determination to keep fighting was undeniable.

When the state’s Joint Committee on Education gathered virtually last week to discuss the Common Start bill, people from across the state made sure their opinions were heard—people like Worcester mom, Sandra Sendrowski.

“I am a mother of a four-year-old boy,” Sendrowski explained in testimony submitted prior to the hearing. “I am college-educated and in a dual-income family. Even with these advantages, quality childcare is too expensive and difficult to find.”

By establishing a system of high-quality, affor

dable early education and care for ALL Massachusetts families, the Common Start bill would be a boon to Massachusetts parents and caregivers.

Businesses, too, spoke out in favor of the bill since the lack of affordable childcare puts a strain on current staff and the larger workforce. According to the Boston Globe, the “chief executive officer of a construction company [told lawmakers at the hearing], she became ‘chief childcare coordinator’ during the pandemic, helping her employees cobble together care near their homes and even opening her company’s doors to their children.”

While the Joint Committee on Education has yet to vote on whether to recommend the Common Start bill, committee members noted the importance of supporting mothers—often a household’s primary caregiver—as well as the female-dominated early education workforce.

“We need to come to terms with the fact that we are free-riding on the backs of women,” said Senator Sonia Chang-Diaz of Boston, according to the Globe.

State Representative David LeBoeuf of Worcester, framed childcare as a “moral decision,” according to the Telegram and Gazette. “We can fund the future of children versus public dollars that don’t have as much benefit.”

Don’t stop now! Ask your state legislator to support the Common Start bill and your U.S. Senator to vote for the Build Back Better Legislation

The fight for universal, affordable, high-quality early education and care in Massachusetts is far from over, but momentum is building. 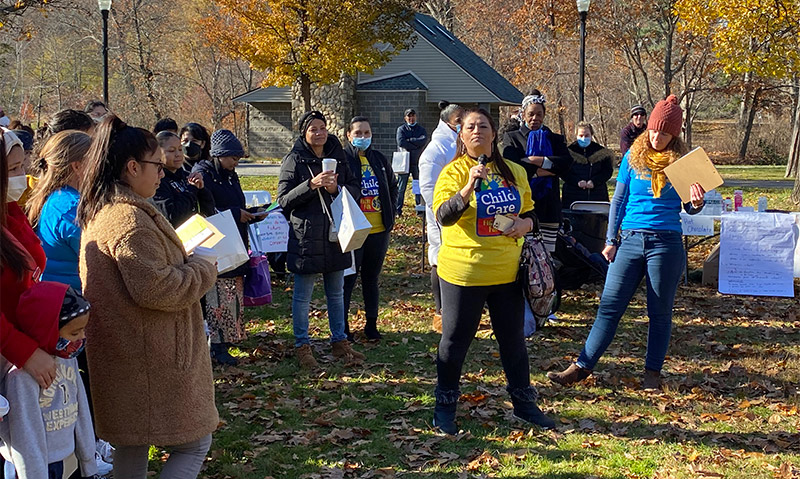 Next year’s statewide ballot includes a millionaire’s tax that would earmark dollars for childcare, and the federal government’s Build Back Better Legislation was approved by the House and may be voted on by the Senate in December.

“We’re seeing a growing momentum for taking really bold action in the early education and child-care space,” Joint Committee on Education co-chair, Representative Jason Lewis, told the Globe. “We’re seeing these conversations at the state level and, of course, we’re also seeing them at the federal level as well.”

Yet, neither of these proposals is guaranteed to pass. It’s up to all of us to make sure state and federal lawmakers understand the importance of high-quality, affordable early education and care.