Municipal Broadband Internet Is the Right Thing to Do for Children, Families, & Businesses, and Has Economic Benefits | Edward Street
Skip to main content

Municipal Broadband Internet Is the Right Thing to Do for Children, Families, & Businesses, and Has Economic Benefits 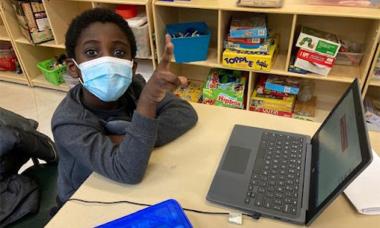 Did you know, 18% of Worcester households lack an internet connection?

Without internet access, children and families are at an educational and career disadvantage. It’s one of several reasons City leaders are considering municipal broadband internet, a City-owned and -managed version of what Charter-Spectrum currently provides.

Internet is infrastructure, so let’s treat it that way

The rise of virtual learning, remote work, and online engagement with community resources has made broadband access as critical to family life as services traditionally viewed as infrastructure, such as electricity.

Not surprisingly, internet access is a significant predictor of a household’s academic and financial success.

Yet, 18% of Worcester households, including 39% percent of low-income households, lacked a broadband internet connection as of 2019, according to a recent Worcester Regional Research Bureau (WRRB) report. Blame falls on high prices, spotty infrastructure in some neighborhoods and residential buildings, and a lack of competition—Charter-Spectrum is the only option for 99% of residents.

While there are upfront costs associated with municipal broadband internet, federal American Rescue Plan Act funds are available to cover a portion of expenses.

In neighboring Shrewsbury, municipal broadband internet has empowered local decision making and improved service. It has even become a revenue stream.

Increasingly, life, learning, and work takes place online. Shouldn’t all Worcester families be able to participate fully? Their success and the growth of our City depends on it.