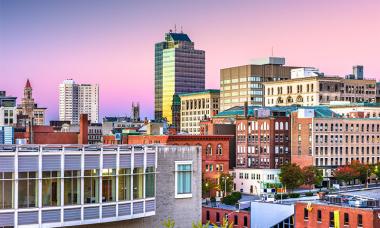 Business ownership hasn’t been easy these last couple of years. Shutdowns and pandemic restrictions are only part of the problem; businesses have also faced significant staffing shortages.

COVID-19, however, isn’t entirely to blame.

The Commonwealth is missing out on a significant portion of the labor pool: parents and caregivers of young children. Because childcare is so expensive, many are forced to leave jobs and suspend careers to care for children at home.

A proposal to put more parents and caregivers back to work

The Common Start bill, put forward by the Common Start Coalition, of which Edward Street is co-convener for Central Massachusetts, offers a way forward.

The bill proposes statewide universal, affordable childcare for all families, which would allow more parents and caregivers to enter or remain in the workforce,

Business owners, you can help make this groundbreaking proposal a reality. Share your company’s childcare story with the Common Start Coalition. State legislators are set to debate the Common Start bill on November 23rd and your statement could be used as written testimony.

If you’re concerned about the labor shortage in Central Massachusetts, you’re not alone.

“The top priority of the 2,300 members of the Worcester Regional Chamber of Commerce is workforce development,” noted Chamber President & CEO Tim Murray in a recent post, and it requires “an innovative approach in education that starts at pre-kindergarten, plus child care options that enable parents to continue working productively in their careers…”

The current childcare system in the Commonwealth? It’s not exactly business friendly. A recent Boston Magazine article called it “terrible for employers.”

“Across Massachusetts, the childcare system is in a state of crisis. It fails parents because it’s so expensive. It’s also not working well for childcare workers, who are scraping by on bottom-of-the-barrel wages. And it is terrible for employers, who see talent hightailing it out of the state—or refusing to move here in the first place — because of how expensive daycare and preschool programs are.”

The good news? The Common Start bill would help grow the labor pool today and for years to come.

Companies across the country have been affected

According to a recent study by Small Business for America’s Future, childcare issues are causing staffing shortages for businesses nationwide.

Fifty-seven percent of small business owners surveyed believe that the lack of affordable, high-quality childcare for employees has had a negative impact on their business. Sixty-one percent say they’ve lost business income and 56% have experienced employee turnover as a result of childcare issues.

Here in Massachusetts, we have a solution: the Common Start bill. Share your story today at https://commonstartma.org/share-your-story and help support its passage.

Business leaders, the time is now

Make your voice heard on November 23rd, when state legislators debate the Common Start bill. Tell them why affordable childcare is important to you, your staff, and your company.

Let’s make Massachusetts a better place to do business!

Edward Street is the co-convener of the Common Start Coalition’s Central Massachusetts Chapter.